Reviewed: A Waste of Shame and Other Sad Tales of the Appalachian Foothills 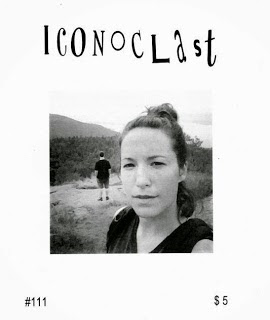 A WASTE OF SHAME, and Other Sad tales of the Appalachian Foothills
by Geoffrey Smagacz

Appalachia is an American Transylvania; its myth looms larger than its reality. The region evokes images of craggy hills, dark woods, feuding families, and woodshed moonshine. Appalachia extends along the mid-Eastern United States from southern New York and Lake Erie to Mississippi and Alabama. Its geographic expanse and its ecological and cultural diversity hardly qualify it as a stagnant backwater or a desperate outpost, although quite a bit of literature, film - and even news reporting would lead us to think so.

Mapletown, a fictional Appalachian community [somewhere north of the Mason-Dixon Line], is the setting of Geoffrey Smagacz's short novel, A WASTE OF SHAME. Smagacz's tale about the dissolution of a friendship deals with real things that occur in real time in a real place. The author does not mythologize, caricature or patronize the book's Appalachian setting or the region's population. He presents people whose flesh aches and whose blood runs. Mapletown could be any locale passed by time and forgotten by the world. It is a town studded with "houses one on top of the other like a misplaced New England village only dilapidated," and roundly encroached upon by woods whose paths are "hewn out by village drunks," but much like Mapletown Lake, the "dark forlorn puddle" on which the small town sits, something deep and dark swims under the surface. That something will rise up and create a tempest that will rattle lives in the small, otherwise sleepy, enclave.

Smagacz's first person point of view is droll and deft. He lets the reader stay a few steps ahead of Kevin, a narrator physically in low gear ("There's nothing in his shoulders") but morally in overdrive. Kevin disapproves of foul language, halter-tops, and creased pants. He's a stuffed shirt, but a colorful one: "I aspired to class (whatever class was.)" He's likable in the way a somewhat simple but amusing sidekick or companion can be. He tries to come to grips with the interactions that play out between himself, his best friend Jim, Jim's fiancée Debra, and Jim's lover Pam. While Kevin manages to know every aspect of everyone else's life, he has little insight into his own. Self-awareness beckons, and ultimately falls in his lap, but it comes at a tall price.

Kevin, Jim, and Pam work in a restaurant. Beer battered fish is the nightly special. Kevin is as adept at brining, seasoning and coating his own underbelly as he is at battering and frying those fish fillets. He is a master of putting a golden shell on top of the so-so meat underneath. But fish is not the only thing in Maplewood dipped in beer; everything seems to be beer soaked. Even the kisses are "beery." It is a booze-fueled world, but never a stale one. Yet all the brew in all the taverns of Maplewood won't dull the sting of the truth that ultimately breaks through the alcohol-buzzed surface.

Smagacz's story breathes fire, but it is a fire that smolders more than it blazes. Unease creeps into every interlude, even the funny ones, and there are many of those. The author has a way of catching the reader off guard just when things start to seem comfortable and cozy. As in any good noir or anti-hero piece, the slack-paced lead character reaches a watershed - but he gets there by taking all the wrong turns.

The small circle of friends come together, tangle, separate and reunite as each moves closer to a wrenching showdown. Kevin resents Jim, whose stronger and more confident - but also more reckless and heartless. May also have a thing for Jim's fiancée, Debra - especially since Jim openly carries on an affair with Pam, a restaurant waitress. The plot may sound like the soap operas Kevin's mother likes to watch—yes, poor Kevin even lives at home with Mom—but it is not; its taut, cunningly minimalist structure builds steadily to a climax that will stay with the reader long after the book's final startling moments.

In Flannery O'Connor's short story, "A Good Man Is Hard To Find," one character says of another, "She would have been a good woman if it had been somebody there to shoot her every minute of her life." A clear mind is elusive. Discovery almost never comes full and fast. It is a poky process. When it comes it hits like a bullet - one nobody saw coming, not Kevin, nor us. A WASTE OF SHAME starts with a cocked gun whose trigger will at some point be pulled. After the shot, all is revealed.

Smagacz's characters often find themselves lost in thick woods. They do not have an easy time finding their way out. Neither does the reader. The novel is challenging and disturbing (as is the short story collection "Sad Tales of the Appalachian Foothills" included in this edition), but it is a gripping read, one that both chills like the wind across the town's dark lake and warms like the fire from one of its even darker taverns. (Wiseblood Books 181 pages)
Posted by Mohican Lake at 9:29 AM